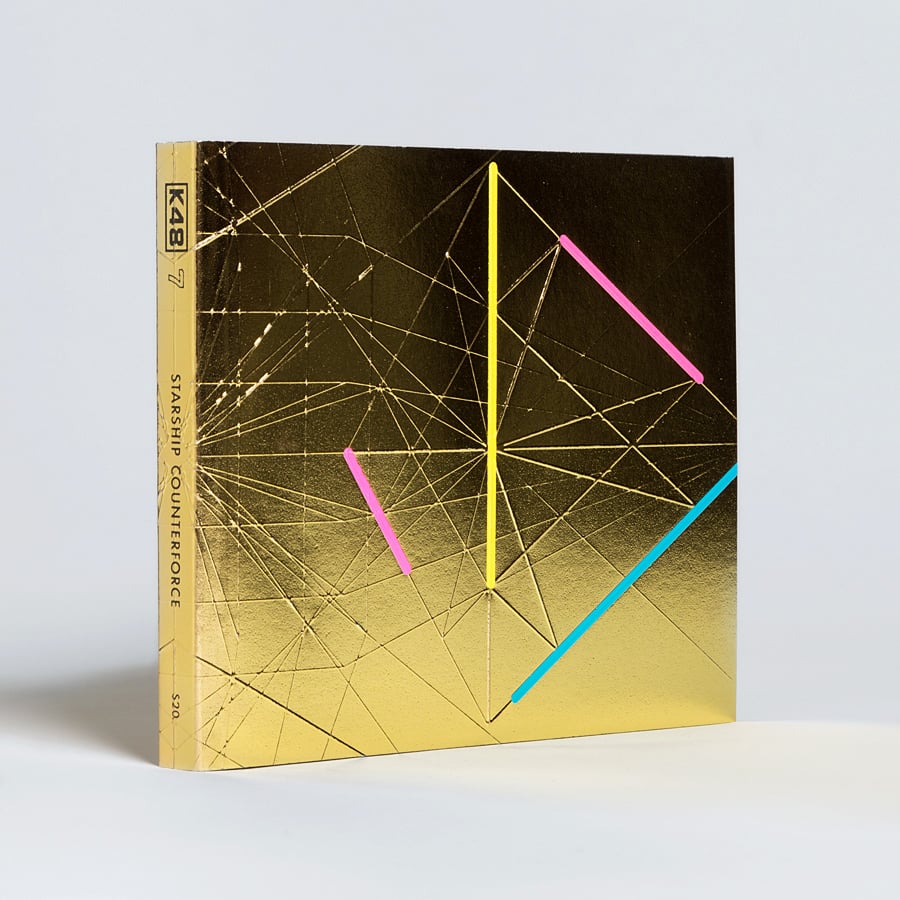 The seventh issue of K48 explores space, science fiction and our race toward the future. The environmental and economic collapse of our world inspired a look towards outer space and an analysis of the role science fiction plays on society. One point of departure is George Lucas' THX 1138, where what's left of life on Earth is sedated and confined to living in a subterranean world under constant surveillance and where emotions are against the law. We're not that far off from Lucas' vision and the idea of space still resides in our culture as a means of hope and escape. Marco Boggio Sella, Justin Samson, TM Davy, Theo A. Rosenblum, Hood by Air, Borna Sammak, Shoplifter, Amir Mogharabi, Klaus Schulze, Jonah Groeneboer, AVAF, Mungo Thomson, Anja Schwörer, Hackworth Ashley and Xylor Jane are among the contributors.